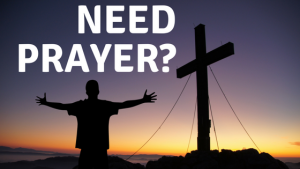 When Archimedes discovered the law of displacement, history says “HE RAN”. In ancient Greece when the city of Athens was about to be attacked, a brave soldier ran till his death to communicate the upcoming disaster. Likewise history has many incidents where people ran; not all who ran were remembered, but the runs that really mattered were etched into the timeless memory of life. But there was an amazing run that was almost forgotten by the human race; the greatest ever run became so insignificant in time. The running that happened for each and every person of this world became the right of only few people. And the everlasting run still goes on, within the vicinity of those who seek the eternal runner, Jesus Christ, God’s only begotten Son!!!

The parable of the prodigal son that was narrated by Jesus in Luke 15 is not just an ordinary example of love, but a deep emotional outpour of a God who loved His children so much. Why did a father have to run with such compassion for his son who had treated him so badly, taken his wealth, betrayed him and left home with bad company to a distant land and had lived a scornful life only to be back after spending all the money in adulterous living. Why did he have to run such a long distance to hug, kiss and welcome someone who was unworthy even to be a servant in his house?   But that’s not how Jesus thinks. The only time we see Jesus running is not the time when Roman soldiers were searching for him to crucify Him, not the time when the heavy storm threatened to topple the boat, but the time when He saw us walking, limping, trying to reach him, accepting our mistakes and realising the pain and hurt we caused Him in return for the divine love He showed us, and with a desire to renew the relationship we once broke with Him. How amazing to know that we have a God who loves us, forgives us and runs for us.

The love equation with God is very simple. He is not a God who makes us run in search of him, but a God who runs for us. He is not a God who asks us to shave our hair off or pierce ourselves to gain his love, but a God who gives His love so freely that we can receive it even in our unworthiness by just opening up our hearts to him to make them clean and beautiful. Are we ready to go back to our first Love, as the son did in that parable? Apostle Paul says in Romans 8:38-39, “Neither height nor depth, nor anything else in all creation, will be able to separate us from the love of God that is in Christ Jesus our Lord”. History has forgotten that amazing run of Jesus, but what about us?  Are we going to forget it, too? Or are we going to live a life worthy to be a part of ‘His’ story of love, the history of love, “When God Ran!”?